Oral Cancer should be considered as a severe problem but did you know there is a solution to this?

According to the Global Adult Tobacco Survey, the age of initiation of tobacco habits in India is 17 years and almost one million people die of oral cancer in India every year.

When people often talk about cancer in general, it is very rare to see them talk about oral cancer. This is because they are not aware of the severity of it. It is ironic to see that people look away when they see the pictures of people who have oral cancer, yet they are the ones who neglect the austerity of the problem.

This is an image of a person who has oral cancer. 99% of the people get disgusted by just seeing this, experiencing such a disease is a totally different ball game. . We all try to ignore this type of image and try to run away from the problem instead of actually facing it. The best way to tackle this problem is early detection and screening of mouth from time to time(for the smokers).

More than smokers themselves, the people who should be informed are mainly the smokers wives, teenagers who are about to start smoking as well as the owners of the smoke shops.

The increasing cases of oral cancer are an important concern as it is one of the most common types of cancers in India.

What is oral cancer?

Oral cancer, which includes cancers of the lips, tongue, cheeks, floor of the mouth, hard and soft palate, sinuses, and pharynx (throat), can be life-threatening if not diagnosed or treated early.

You may ask how does oral cancer occur?

According to the National Institute of Dental and Craniofacial Research, Oral cancer most often occurs in people over the age of 40 and affects more than twice as many men as women. Most oral cancers are related to tobacco use, alcohol use (or both), or infection by the human papillomavirus (HPV).

If the usage of tobacco and drinking alcohol is reduced or exempted, most people can prevent oral cancer. However, one in four people diagnosed with oral cancer has no risk factors which means people who do not use alcohol or cigarettes end up getting oral cancer. This is why it is advisory for you people to screen your mouth on a frequent basis.

A person must be at least 18 years old and above to smoke or purchase cigarettes and 21 and above to drink or purchase alcohol at least in India. Over half a million children in India are smoking cigarettes everyday aged 10-14 according to The Tobacco Atlas which is just alarming to see.

The kids who start smoking from a small age are more vulnerable to oral cancer when they grow older compared to the kids who don’t.

People start smoking from a small age because of various reasons like peer pressure, they think that everyone else is smoking and that they should too, they want to try new things, the tobacco industry targets teenagers the most as they are the most vulnerable, etc.

The longer you go without smoking, the lower your risk of developing oral cancer.

How do we solve this problem and the benefits of early detection:

Now let’s dive right into why oral cancer should be dealt with at the earliest.

Even if people get the disease, many of the best oral cancer treatment hospitals can be found in India, and mouth cancer treatment cost in India is much less when compared to other countries.

Some common questions which people have regarding oral cancer:

Can you die from oral cancer?

-       As we are talking about India as a country mainly, According to the Global Adult Tobacco Survey, the age of initiation of tobacco habits in India is 17 years and almost one million people die of oral cancer in India every year. So yes you can die from oral cancer.

How do you detect mouth cancer or what are the early stages of oral cancer?

-       According to www.healthline.com, In the early stages, mouth cancer rarely causes any pain. Abnormal cell growth usually appears as flat patches. A canker sore looks like an ulcer, usually with a depression in the center. The middle of the canker sore may appear white, gray, or yellow, and the edges are red.

Can you detect Oral cancer at home?

-       Yes, either by frequently screening your mouth with the help of your dentist which would cost a lot of money, or through an amazing app called berry care which is made by us a Bangalore based start-up called Atom360, we can scan our mouth and detect if we have oral cancer or if we are on the verge of getting oral cancer through the app.

In my opinion, reading stories of people who have suffered from the disease gives us a clearer picture of, on how big of a problem oral cancer is.

In their blog, they clearly mention that early detection is the key and even in this blog I want to give the same emphasis. The only way to detect it early is by having a regular check-up with the doctor or screening it at home itself. I have mentioned about a company atom 360 who has an app called berry care which helps you to screen your mouth at home itself.

I finally want to say that oral cancer or cancer, in general, in general should not be taken lightly. We usually have this mentality of waiting for a long period of time to see whether the problem which we have in our body becomes worse or no.

All of us tend to do this but we should avoid doing so because precaution is always better than cure.

This phrase cannot be more true in the case of oral cancer. 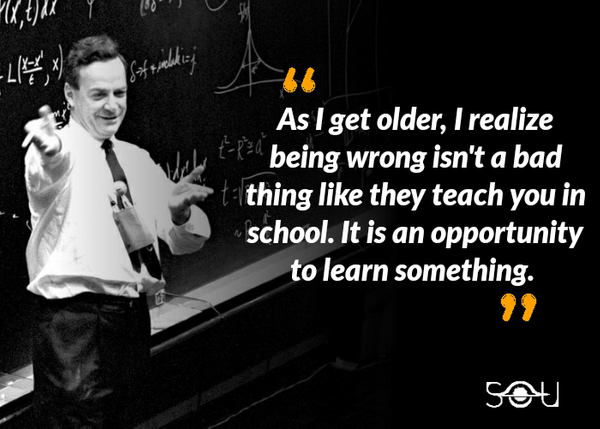 We are going to run a series of experiments where you learn AI on your own by experimenting.Here are the tools required for us to start experimenting with AI.